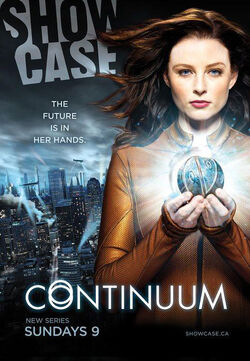 Season One of Continuum premiered on May 27, 2012 in Canada and began airing in the United States on the Syfy channel on January 14, 2013.

The series centers on the conflict between a police officer and a group of rebels from the year 2077 who time-travel to Vancouver, BC in the year 2012.

The first season revolves around Kiera Cameron, a cop from the future who is trapped in the present with 8 escaped criminals, also from the future. The show takes place in current Vancouver and Kiera must use her prowess and powers to take on and hunt Liber8, the rebel group hoping to alter the future significantly.

Kiera has a unique function that lets her communicate with a certain Alec Sadler, a young tech genius who would grow up to be one of the most powerful corporate heads in the future. Along with this partnership, Kiera also teams up with Detective Carlos Fonnegra to provide the means to continue her search for a way to get back to her family in the future.

For the whole collection of images, go to the Promotional Image Gallery, or browse the galleries on the wiki. 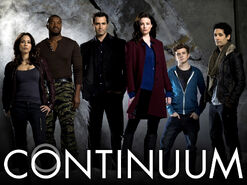 Promo Kiera and Alec S1 01.jpg
Add a photo to this gallery 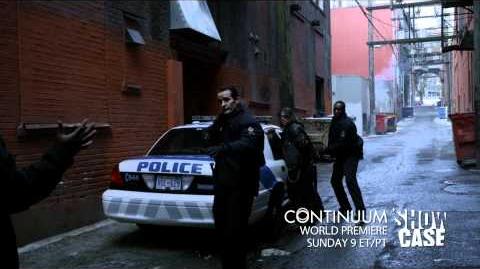